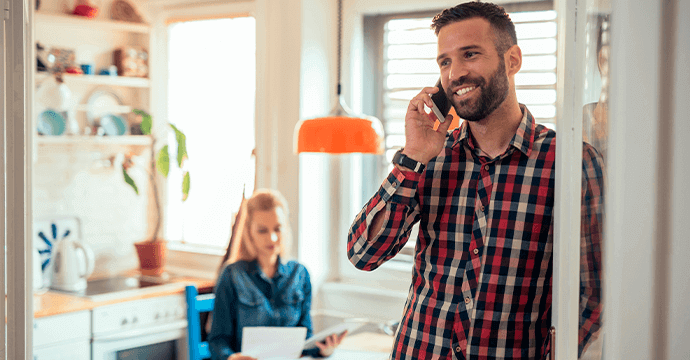 VoIP came on the scene and proved to be a great solution for all types of businesses. A few of those early adopters decided to give it a try as their home phone service. At first, it functioned just like a regular phone then people realized just how powerful VoIP home phone systems were.

Not only is it possible to save money on your phone bill, enjoy free long-distance calls, and communicate in multiple ways; you can also get organized and run your household more efficiently.

This article looks at the major advantages of a VoIP home phone over traditional phone services. It’ll also discuss how to get started with one.

On the surface, not much has changed between VoIP phones and traditional phones. What has changed is the way everything works in the background.

The home phones we all grew up with use copper wires to deliver information over the PSTN (Public Switched Telephone Network). Circuit switching technology is used to make this possible.

Another major difference is that traditional phones don’t need power or internet to work. If there’s an issue with either one, you’ll still be able to make and receive calls. The reason long distance calls are so expensive is that when you call someone, the circuits from your location to the other person’s location are opened the entire time. The further the distance, the more circuits need to be opened and no other data can travel across the same route.

VoIP phones don’t rely on the PSTN. All the data is transmitted over the internet or LANs. This is accomplished through packet switching technology, which powers all communication on the internet.  If the power is out or the internet goes down then VoIP phones won’t work.

With long distance calls, there’s no reliance on circuits because the sound is broken up into packets of data and transmitted across the internet. They often take different routes to get to their destination and are reassembled in the right order to produce sound.

These are the major differences between VoIP phones and home phones. They’re not as important as the advantages you’ll get when you choose to use a VoIP phone for your family.

Benefits of a VoIP home phone

There are a number of benefits associated with a VoIP home phone system. Some of them are obvious while others only materialize after you’ve been using it for a while. This section will outline some of the most compelling reasons to make the switch from a traditional home phone service to a VoIP provider like RingCentral.

Humans are social creatures and no matter how you look at it, we need to communicate with each other. That communication can come with a hefty price tag. On average, users that switch from traditional home phone services to a VoIP home phone reduce expenses by 40%.

Those savings add up when you use features like long distance, call waiting, call blocking, etc. With an Ooma VoIP phone or one from another provider, all of those features come with your plan, which translates to additional savings.

VoIP home phones aren’t tied to a physical phone line. They can be set up so calls are forwarded to a number you choose. It can be done manually when you’re stepping out or you can set it up to automatically forward calls to any phone during certain hours. For example, everyone at the house is out on weekdays between 8AM and 5PM. You can set a rule for your VoIP home phone to route calls to your number and your partner’s number during that period.

Many VoIP services have IP phones that don’t need to be converted to work with VoIP technology. They’re a bit more expensive but have more functionality than regular analog phones.

For example, Vonage home phones have the ability to function as an intercom when there are two or more phones on the same network. Just turn the feature on and you’ll be able to hear everything from the other phone without dialing. It’s ideal when you want to deliver a message to everyone within hearing distance, monitor the baby, or simply need to talk when your hands are full.

A little-known benefit of using VoIP home phones is the ability to keep your family safe with security integrations. Ooma VoIP comes with the option to install sensors at different points of your home. There’s also an option for a motion-detecting camera which will send you alerts when it detects movement.

Use it to secure your home, set off the sirens, or just check in on the family when you’re out. Taken together, you have multiple layers of security to protect your family whether you’re at home or not.

Many people don’t realize that calling emergency services with a cell phone is far from ideal. In areas like Washington D.C., the majority of geolocation attempts for cell phones failed. That means if you don’t know the address of where you’re calling from, 911 wouldn’t be able to figure it out.

With the Vonage home phone and many other VoIP providers, your calls are automatically routed to a local dispatcher and your location data is transmitted. This saves you valuable time. You can even set up your VoIP home phone to inform you when an emergency call has been placed.

This may not be a major consideration until you want to do it and realize it’ll cost you extra with your current home phone service. Instead of adding on an extra fee to your plan, this is a built-in feature of paid and free internet phone services. At any time, you can block and unblock callers to prevent unwanted messages or distractions.

These are just a few of the many advantages of VoIP. You’ll likely discover more the longer you use a VoIP phone in your home. Now that you have a better idea of what a VoIP home phone can do for you, it’s a good idea to know what you’ll need to get started.

If you’re starting out building a business from your home, choosing a VoIP provider like Grasshopper, which specializes in meeting the needs of entrepreneurs and small businesses, is the way to go. Grasshopper gives you the opportunity to separate your personal and professional calls on your phone. This way, you don’t need to give out your personal, home phone number to potential clients and customers. Furthermore, you’ll be alerted when the call you receive to your phone is business-related, so you can answer appropriately.

What you need to get started with a VoIP home phone

Part of the reason VoIP home systems are being adopted is that they’re easy to set up. You don’t need to call a technician to install anything at home for you. As long as you have an internet connection you should be able to get started. Simply download the application on your computer and smartphone, log in, and start using your account.

If you also want to use a desktop phone or cordless phone then you have two options:

An ATA (analog telephone adaptor) is a device that connects traditional analog telephones, fax machines, and similar devices to a digital phone network or VoIP telephony network. With it, you can take advantage of many of the benefits associated with VoIP phones at a fraction of the price.

After you’ve gotten your ATA or IP phone, it’s simply a matter of connecting it to your VoIP home phone system and configuring it through your account. This process only takes a few minutes and your service provider should have detailed instructions.

A VoIP home phone comes with many benefits over traditional phone lines at a fraction of the cost. You’re able to receive all of your calls no matter where you are, save a considerable amount on every line and integrate a home security system.

Though there are a lot of benefits, there are a few things to keep in mind. IP phones are more expensive than analog phones and VoIP phones won’t work if there’s no internet or power. Are you ready to get started with a VoIP phone for your home? Be sure to check out our in-depth reviews to figure out which vendor is best for you.

Daniel Ndukwu owns two SaaS companies, greatly understanding the connection between software, businesses, and customers. Through his experience he has worked with a wide range of communication tools and is constantly keeping up with small business software and services in the industry. 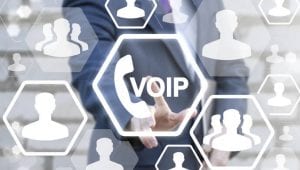 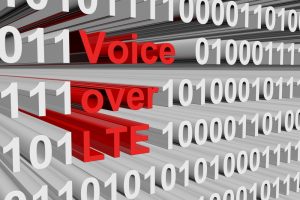