Future Growth Of The VoIP Industry 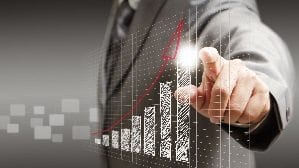 Since the technology was introduced to the world, it has made significant strides that set it apart from its modest beginnings, when it still seemed like another complicated technology most people wouldn’t consider using. It started out as a technology that was in its experimental stage, but now it has become a standard in how we communicate and use voice calls. VoIP has found its implementation with enterprises and consumers alike, with traditional public switched telephone networks calls, or PTSN, dropping steadily. At the moment, the number of households and businesses using VoIP telephone systems as well as VoIP phones in the United States clearly outweighs those who still use traditional telecommunications technology, yet the exact number still remain unclear so far.

With less infrastructure needed, VoIP is cheaper and more affordable for businesses. Along with money, VoIP services also save you time, manpower, and plenty of other resources. Modern businesses that need many phone lines can now purchase complex VoIP packages that include everything their business may need in terms of telecommunications.

VoIP was a great idea from the start, but the lack of proper protocols and a common standard meant that the technology was initially not very useful. With the introduction of SIP (Session Initiation Protocol), competing companies in the sector could finally work together and VoIP became an industry standard. Over the past five years, we have seen great expansion of the VoIP technology with regard to both demand and supply growing steadily. Today, a number of countries are in fact considering a complete move to VoIP phones as a replacement for the standard PSTN (public switched telephone network).

When the iPhone was launched in 2007, there was a clear change to the mobile landscape, and it has continued to influence the landscape over the past 10 years. As we mentioned, nowadays more and more people are using the internet to communicate and don’t rely solely on the telephone network to exchange information. Mobile data plans have slowly but surely taken over from traditional landlines, and mobile VoIP applications enable you to talk as much as you like using the ever-stronger data connection instead of using landlines and spending precious minutes. And with data plans becoming increasingly cheaper, connections stronger and mobile phones more advanced, the vision for the future is clearly mobile.

Moreover, now companies use VoIP more and more to make important business calls that will benefit everyone in the company and not cost the employers any money. The worst VoIP service is still better than the best PSTN service, and the best VoIP service is what you want for yourself and your company, let alone your private use.

Another up and coming technology that was introduced by Google in 2011 is WebRTC (Web Real-Time Communication). This collection of protocols and interfaces is meant to enable fast and reliable real time communication and used by sites like Facebook to establish video calls or stream video online.

VoIP and WebRTC may seem like competitors, but in fact the two go hand in hand. Web developers can use WebRTC to add VoIP into their web applications, thus making communication easier for the end user.

With WebRTC, businesses can now make voice calls where previously they have been almost impossible, and a wide range of companies and businesses are seeing that the practical application of it are what customers demand to be able to make live video calls on websites like Facebook. Clearly, WebRTC will make VoIP more relevant where it needs to be.

In recent years, VoIP has become a burning topic in many locations. Most countries, however, are keeping completely silent on the topic, as they may not even be aware of its importance just yet. In the USA, trials have started in Florida to switch from the old analogue lines to VoIP technology, with the federal government not really able to impose too many regulations on VoIP.

In countries such as India and Bangladesh, whose number of users in the sector are huge, local governments have started issuing regulations regarding VoIP, but the countries are struggling with foreign phishing experts who are using VoIP technologies to attempt and steal international bank account information. Regulating the VoIP market is proving to be very difficult in such places at the moment, and even putting an end to such fraud is a challenge that these nations need to take on with a lot of care.

VoIP is well on its way to becoming the industry standard. Yet, with VoIP becoming so popular, the question of security becomes very important. Is VoIP more or less safe than the standard telephone systems and what risk factors should we be looking at when examining this?

There is a whole series of ways hackers can penetrate VoIP services to gain information or use your service for free. Hacking methods include “Phreaking” and viruses and malware used to infiltrate a VoIP service and steal not only the service, but potentially also sensitive business information or private information from end users.

Furthermore, hackers have been known to use a form of social engineering known as “Vishing”, which is basically a form of Phishing aimed at VoIP users, attempting to gain information by calling the users and representing themselves falsely as reliable companies and trustworthy individuals.

All of these security risks are very real and need to be addressed by VoIP developers before the technology can truly take over, but the experts believe that in the near future nearly all telephone calls will be made using the VoIP.

Companies to Keep an Eye On

There are quite a few companies in the current market that provide VoIP services. With competition so stiff, it can be difficult to choose the right provider, so here is our recommendation for the best companies in the business:

VoIP is the best the future has in store for modern telecommunications technology, and whether governments will adapt to it, it will take hold and move the business and personal communications world forward. It is a service that provides the best for a fraction of the price you would pay for now outdated technologies.

To learn more about the different VoIP service providers available, check out Top 5’s VoIP comparisons and reviews. We’d love to hear your feedback and questions in the comments below! 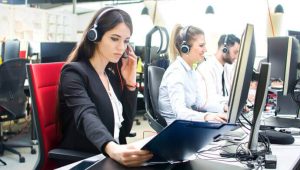 VoIP as a Component of Enterprise Business Continuity 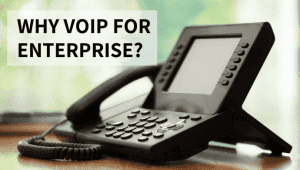 Why VoIP for Enterprise? – The Cost of Maintaining Landline Systems
Recommended Reads 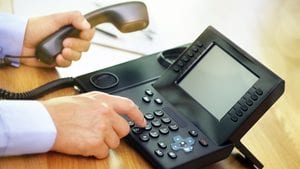 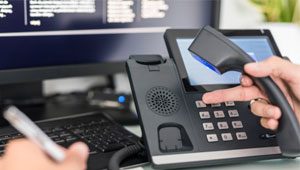